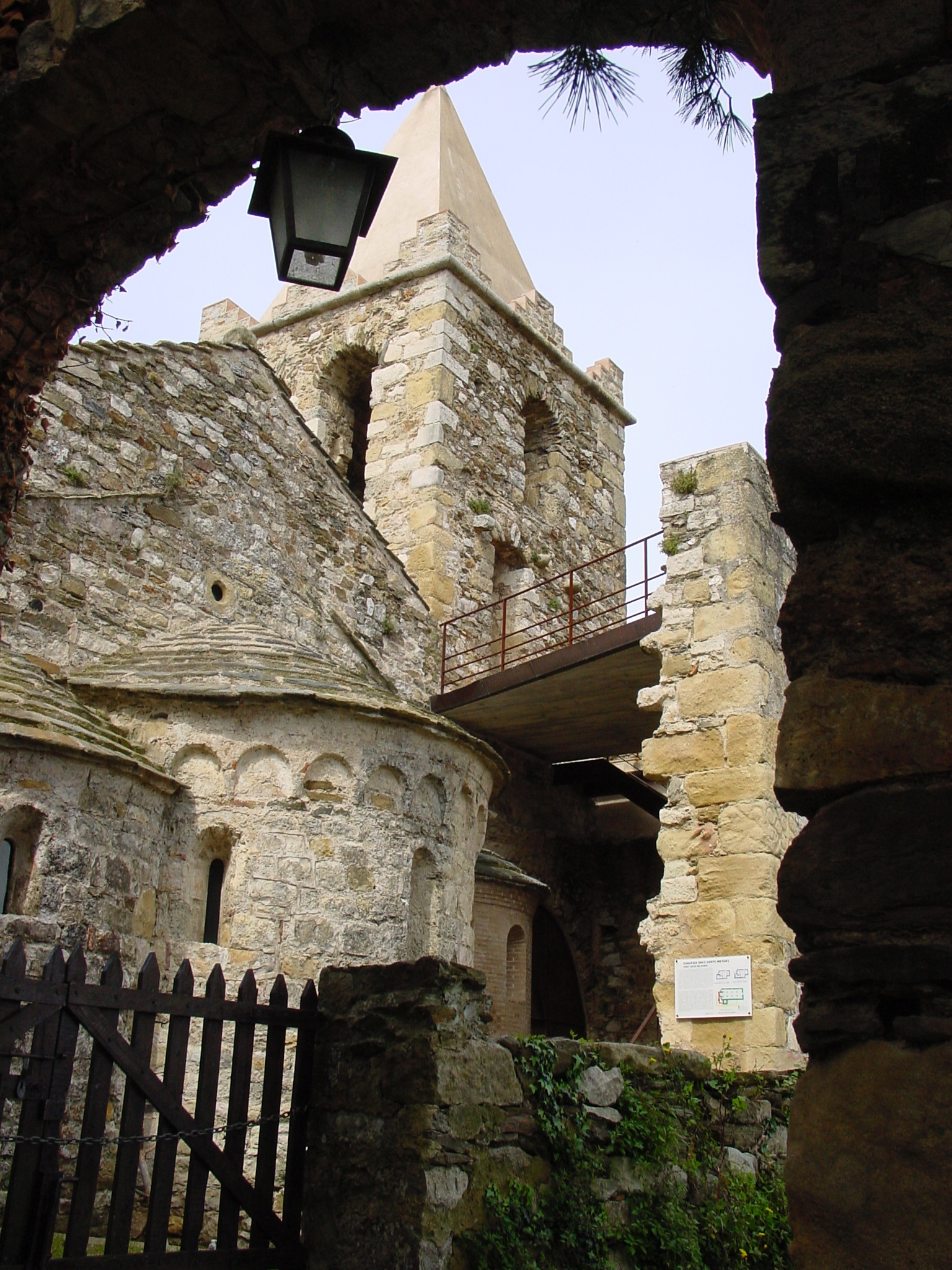 We leave the Square of Font Picant, in front of the Town Hall of Sant Julia de Ramis and we can drink water from the water fountain, framed by a mural of vitrified ceramics. We continue along the dirt road that leaves the church on the right and we enter the first part of the walk, soft and quiet, with a completely flat path, with fields and shady spaces, thanks to the riverside vegetation. We will continue straight until we leave a large farmhouse on the left and reach a junction. We turn left and we are in the middle of the Ter gorge, formed over the years by the passage of the river. We will pass by the side of the priory of Sant Vicenç and bordering the river we will continue until we pass under the bridge of the Girona variant. We will reach the burrow of the Goges, caves where prehistoric remains of Paleolithic culture have been located. We will continue straight on a large plain with a panoramic view of the neighbouring municipality of Celrà and continue until we reach a left-hand crossing before a bridge over the Terri River. We will continue close to the river until we enter the forest and now the road is set uphill to take us to the neighbourhood of Sants Metges and the highest area of the mountain. There the Iberian remains next to the church, Romans (Castellum Fractum, 350 AD) and Romanesque (church of Sant Cosme and Sant Damià – the Sants Metges-) show us the strategic importance of the place while, in front of us, the views of the Gironès region and the neighbouring regions are opened to us, highlighting the panorama of the Baix Empordà. The situation of the place, with an abundance of water and forest, was excellent for hunting and optimal for the establishment of man’s habitat, as evidenced by the discovered deposits and the findings of Iberian pottery and other archaeological remains, which show the existence of various cultures of remote times.

Already down the paved road, we pass on the side of the great fortification of military character of the late nineteenth century that crowns the northern part of the mountain. This, in addition to the archaeological legacy, is also depository of a great natural wealth, of flora and fauna. The forests of holm oak and chestnut, with pine areas are remarkable. Also noteworthy is the presence of animals, especially birds in the area of the River Ter, foxes and wild boar pigs in the forests near the fields of cultivation. The road will start to go down to the starting square of the route.